Let’s start with the basics. The employer cannot compel a member of staff to be vaccinated. No one, not even the government can do that. So, no one needs to fear being dragged to the doctor’s surgery under armed guard.

The most likely scenario is that an employer requires all its employees to have the vaccination and those that do not are dismissed or not taken on. But, will this be a fair dismissal (or  non-employment) or will we see a raft of claims in a year or two’s time when these matters finally get to the Employment Tribunal?

Perhaps, the first thing to consider is why the employee has not been jabbed.

This is where the employee doesn’t want to be vaccinated. This may be because they’ve read that Bill Gates is going to microchip them or just don’t trust in vaccines.

These are strident individuals with a cause. They may not only refuse a vaccination but try and convince others not to have the jab too.

This falls into two categories. Religions that do not allow vaccinations (and there are so few as to dismiss this) and those who believe that the vaccines contain alcohol or meat products. Assuming that none of the vaccines in the UK contain any of these products, this then becomes a vaccine hesitancy issue.

An employee who refuses the jab because they are prone to anaphylactic or toxic shock may have a valid excuse not to be vaccinated. However, just being concerned that there might be side effects looks like vaccine hesitancy again.

The youngest age groups may not be vaccinated until later in the year. If a policy is brought in too soon this may be indirect age discrimination

So can the Employer say “Get jabbed or no job?”

One point to make here is that even if it is unlawful to dismiss, then that doesn’t mean that the employer won’t do it. It is very difficult to get employer (or anyone else for that matter) to do the right thing. It’s just that if they do dismiss unfairly, employers expose themselves to an unfair dismissal claim.

If the employer wants to dismiss, they are going to have to go through a fair procedure. Failure to do so will result in a ‘technically unfair dismissal’. This would include writing to the employee, having a meetings, allowing them to bring a workplace colleague, making a considered decision and allowing an appeal.

Then the employer needs a good reason for requiring the employee to be jabbed. If the employee usually works from home or has very little contact with colleagues or customers etc. AND other reasonable precautions can be taken (e.g. the employee wears a mask) then dismissal will probably be unfair. However, if the employee is NHS or working in a care home, the failure to get a jab may put others at risk and therefore they would have a much better chance of successfully defending a claim.

The employer will also need to look for alternatives to dismissal before terminating the contract, so if a care worker could be transferred to office work and have no client contact then this should be considered.

Even where there is a genuine reason for not wanting a jab – a medical reason or alcohol is present in the vaccine, then it may still be possible to dismiss fairly, if the reason is compelling.

The requirement to require employees to be vaccinated may diminish where herd immunity is reached. If only a few people remain un-immunised then the risk to the general and workplace population is significantly reduced. We don’t compel parents to get their children vaccinated against measles.

If there is a dismissal employer will have to convince an Employment Tribunal that:

Failure to convince a Tribunal of this will result in a finding of unfair dismissal. However:

Why is a Will so important?

What is Commercial Property?

Shared ownership scheme, how does it work?

Why is January such a popular month for divorces?

Who decides whether you live or die?

The Cost of Lockdown

A personal and very sincere thank you to you…

What happens when a signed Settlement Agreement has received no legal advice?

When does Lockdown (II) end – 2nd or 3rd December?

What to expect from your meeting with our family solicitors 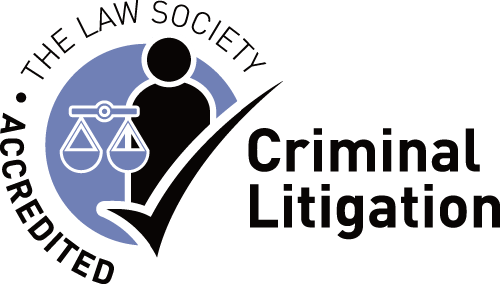 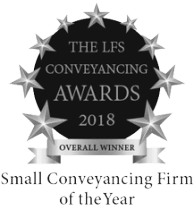 We use cookies on our website to give you the most relevant experience by remembering your preferences and repeat visits. By clicking “Accept All”, you consent to the use of ALL the cookies. However, you may visit "Cookie Settings" to provide a controlled consent.
Cookie SettingsAccept All
Manage consent

This website uses cookies to improve your experience while you navigate through the website. Out of these, the cookies that are categorized as necessary are stored on your browser as they are essential for the working of basic functionalities of the website. We also use third-party cookies that help us analyze and understand how you use this website. These cookies will be stored in your browser only with your consent. You also have the option to opt-out of these cookies. But opting out of some of these cookies may affect your browsing experience.
Necessary Always Enabled
Necessary cookies are absolutely essential for the website to function properly. These cookies ensure basic functionalities and security features of the website, anonymously.
Functional
Functional cookies help to perform certain functionalities like sharing the content of the website on social media platforms, collect feedbacks, and other third-party features.
Performance
Performance cookies are used to understand and analyze the key performance indexes of the website which helps in delivering a better user experience for the visitors.
Analytics
Analytical cookies are used to understand how visitors interact with the website. These cookies help provide information on metrics the number of visitors, bounce rate, traffic source, etc.
Advertisement
Advertisement cookies are used to provide visitors with relevant ads and marketing campaigns. These cookies track visitors across websites and collect information to provide customized ads.
Others
Other uncategorized cookies are those that are being analyzed and have not been classified into a category as yet.
SAVE & ACCEPT

If you’d like to apply for one of our positions at AmicusLaw, please complete the form below and upload your CV.